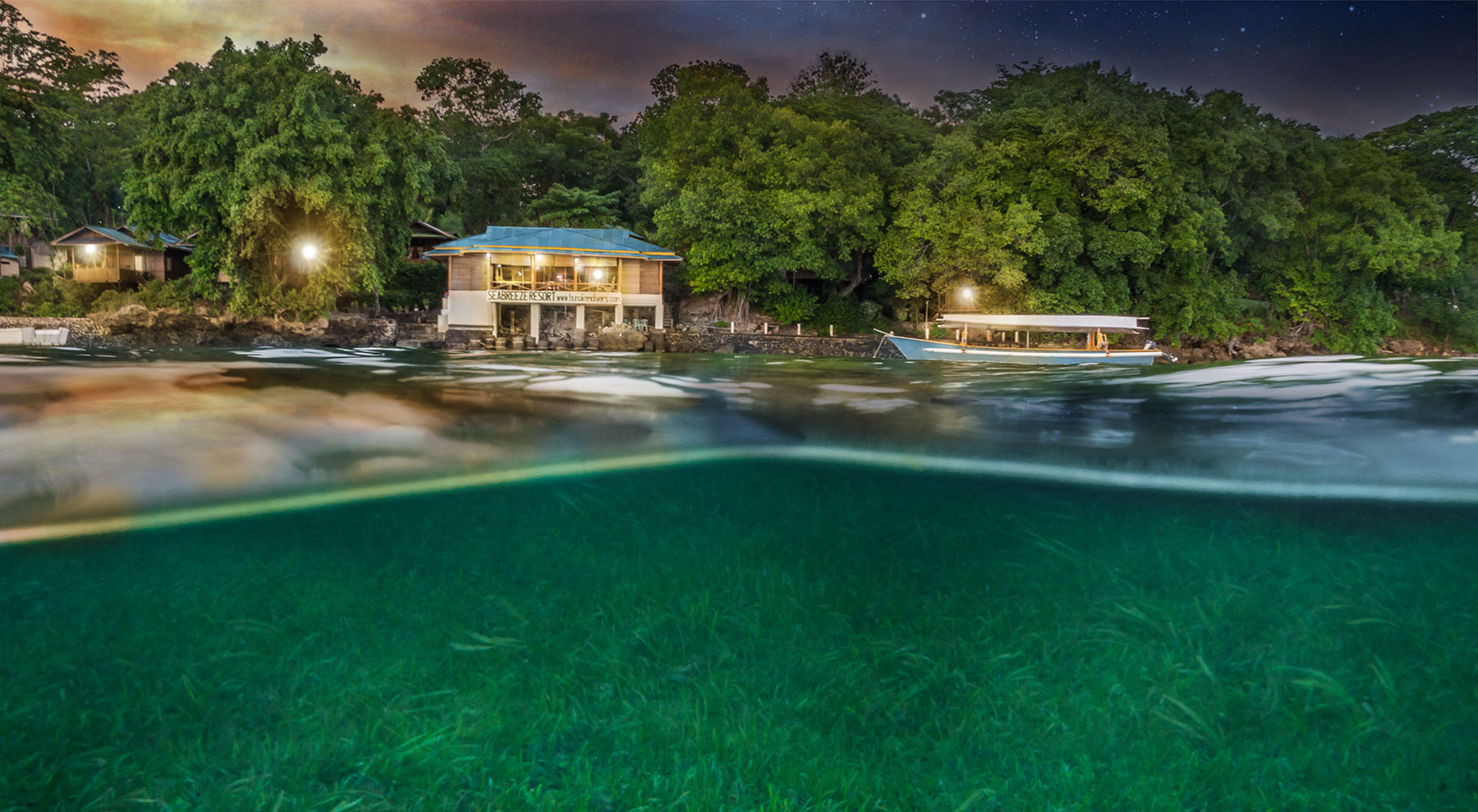 Memories for a lifetime 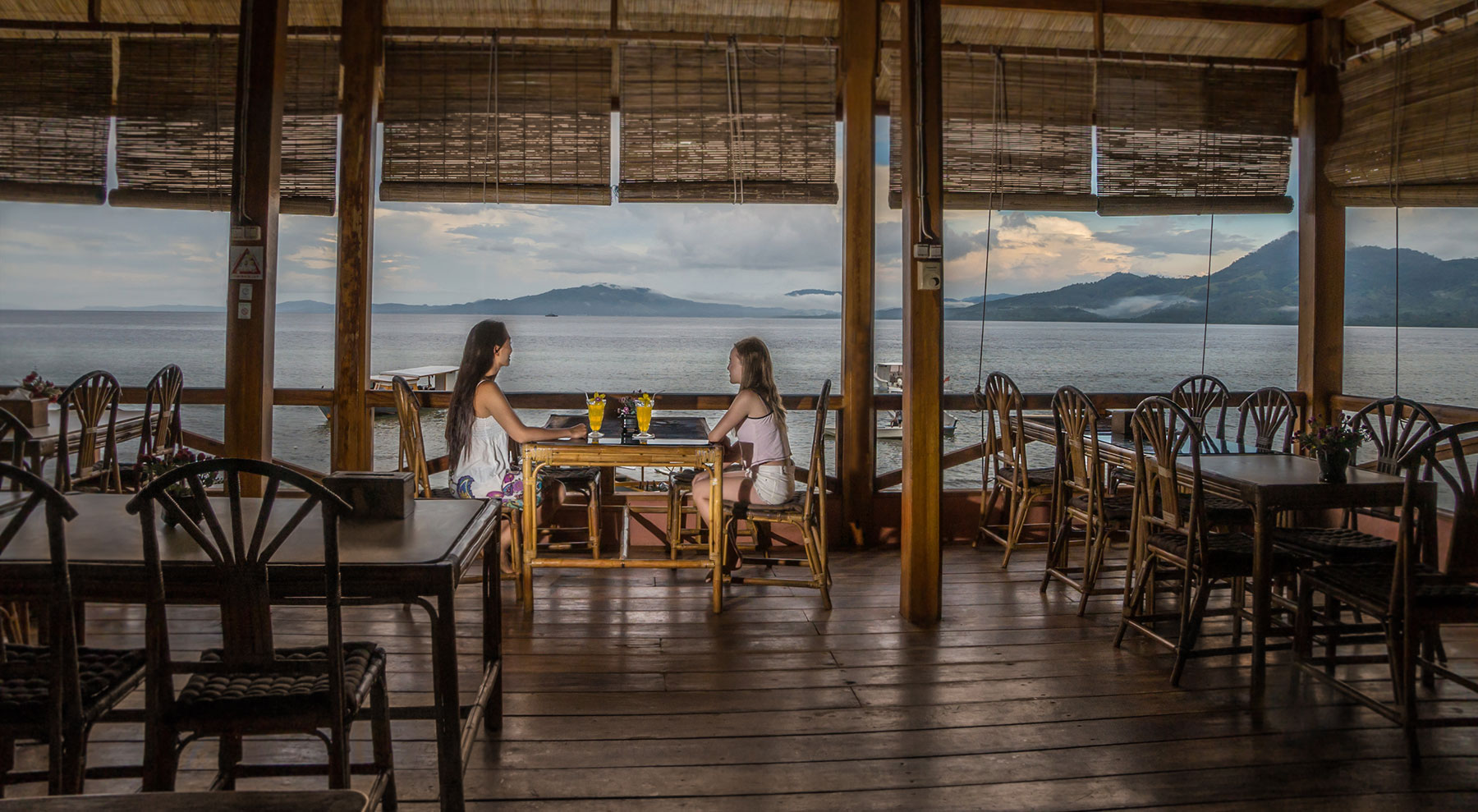 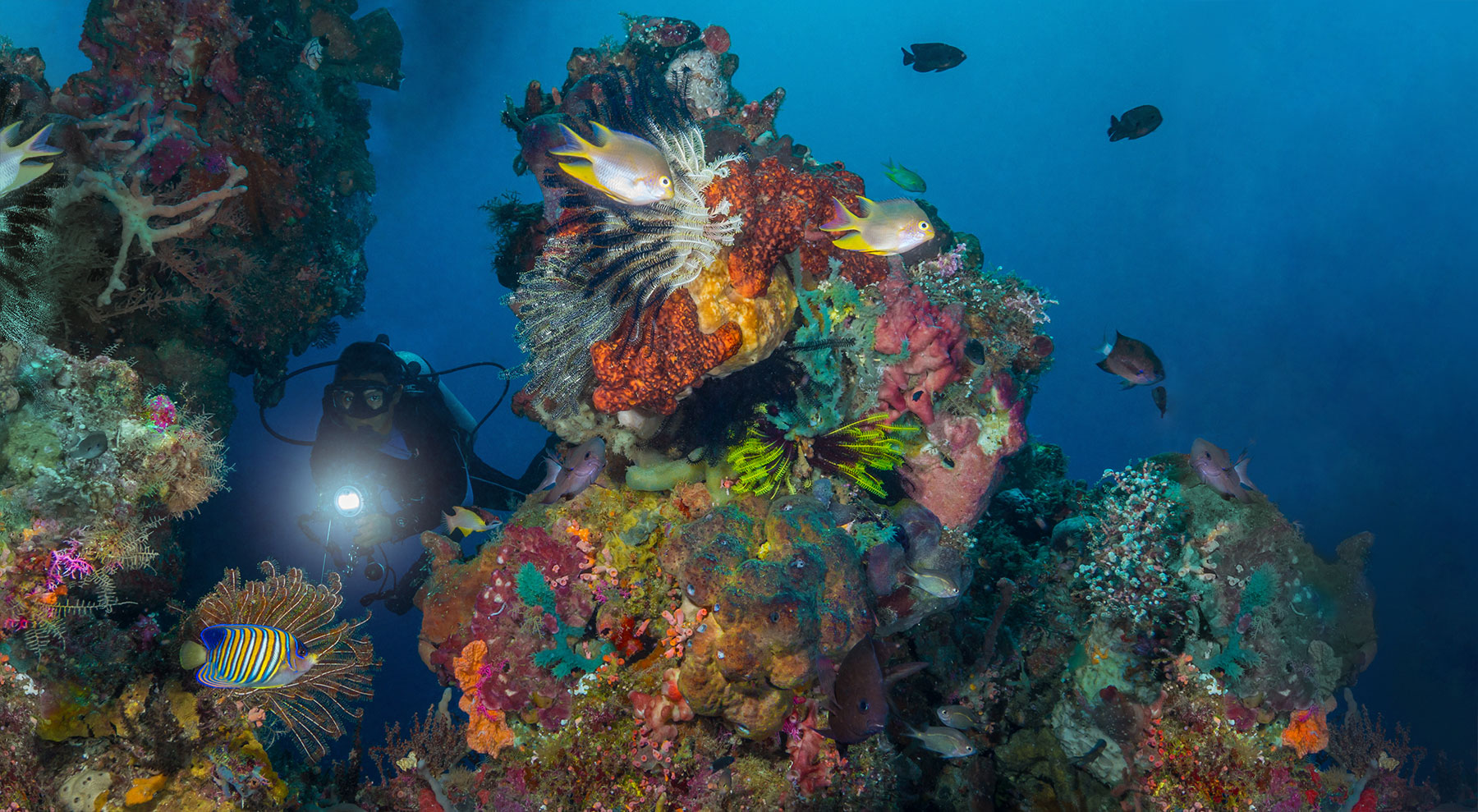 Gaze around with sheer awe and wonder 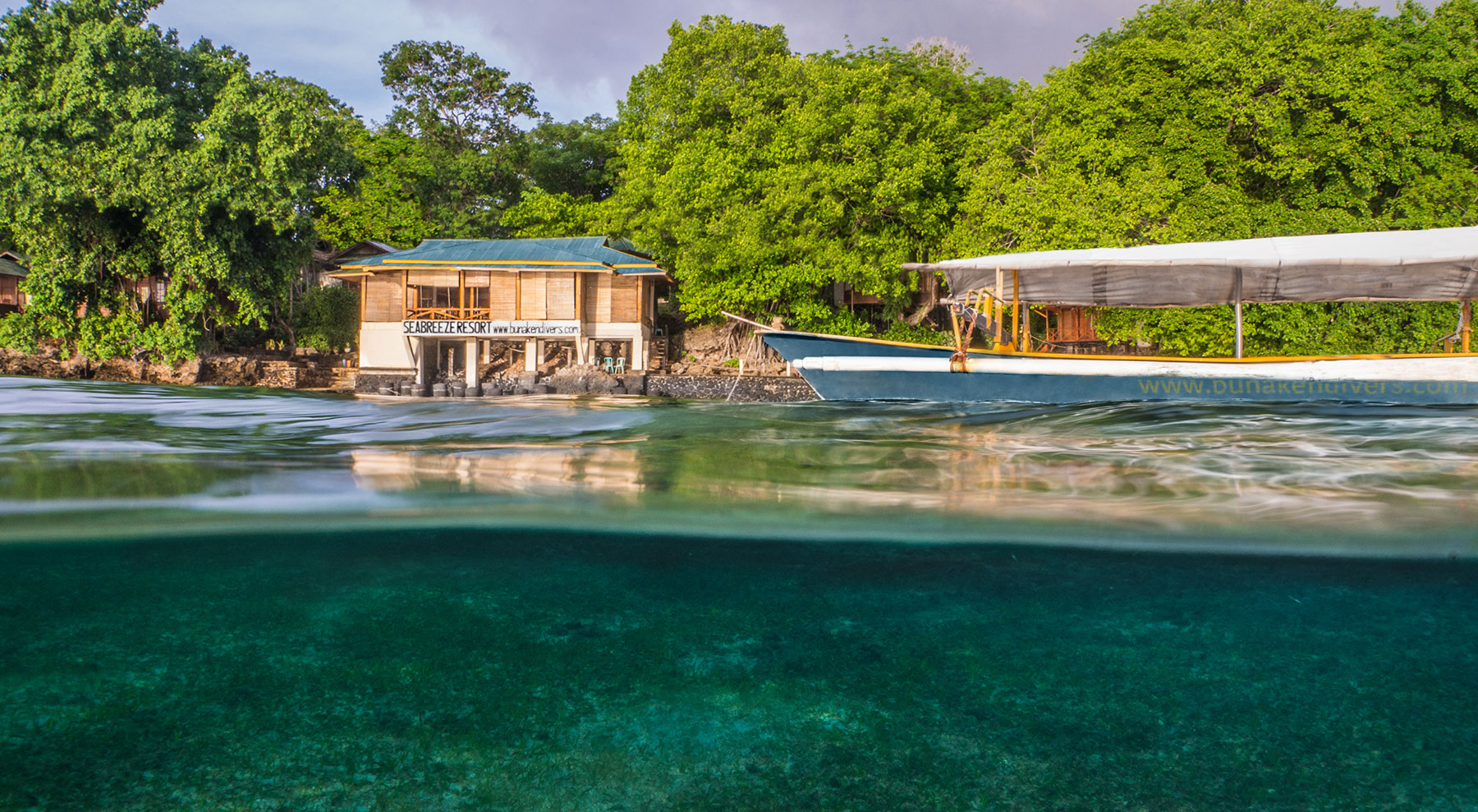 Be part of our mission

Be connected with the aquatic world 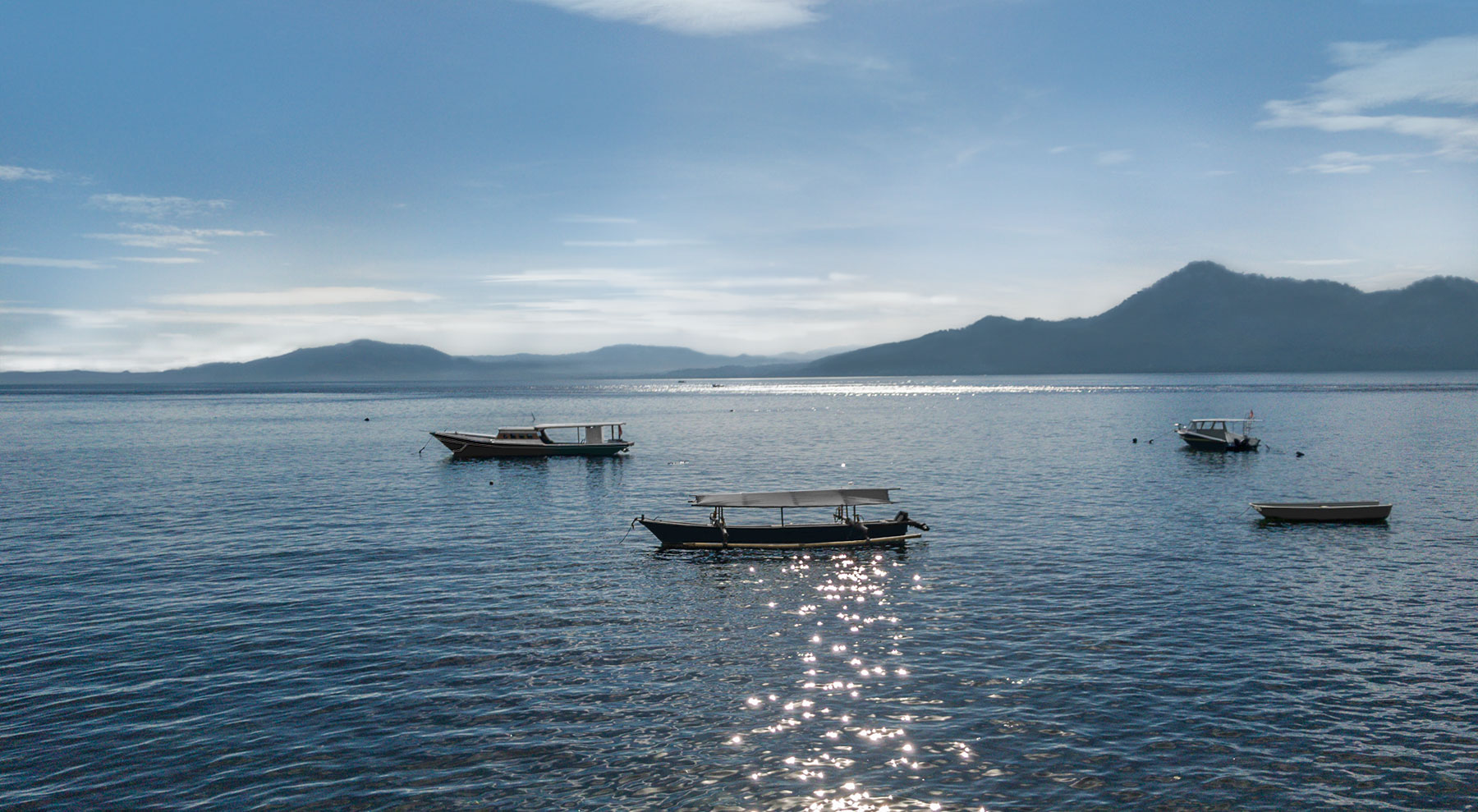 Relax and enjoy a period of serenity

Bunaken Divers, Diving Center has been providing scuba diving services and courses since 1995. For more than 20 years we’ve imparted not just underwater experiences, but transformational experiences that enable divers to make a positive contribution to the underwater world and raise the level of education, awareness, safety, and understanding in an enjoyable friendly way so that future generations can enjoy the beauty here in the same way. Our dedication to preservation of our underwater and above water eco-systems has and always will be a priority, and the resort, dive center, staff and sometimes guest are involved in reef-watch, sea and beach clean-up programs organized by ourselves, other private institutions/associations, and government.

Bunaken Island is located off the northwest coast of North Sulawesi coastline and slightly north of Manado Bay, Indonesia. The island has an area of 808 hectares of tropical vegetation, white sandy beaches, mangroves, rocky outcrops, some cultivated crops, and of course the many coconut palms dotting the island. Seabreeze Resort is on the south east section of Pangalisan beach east coast of Bunaken facing Manado Bay, and has spectacular views of Manado City, northwest coastline of Sulawesi, and the island of Siladen.

In 1979 Prince Bernhard from the Nederland’s came to Bunaken and his Instructor Ricky Lasut, were among the first Divers in Bunaken. Ricky was the first Instructor in North-Sulawesi at that time, and also owned the only Dive Center in Manado. Other pioneers of the time were Dr. Hanny Batuna and Loky Herlambang who also forged ahead in dive tourism with the belief that the rich colorful reefs and amazing bio-diversity of Manado/Bunaken should be experienced by people from all over the world. Without these pioneering adventurers, there is no doubt that Manado/Bunaken would not be as famous as it is today.

North Sulawesi gained much attention when the international scientific community was shocked in 1998 when UC Berkeley researchers announced the discovery of a coelacanth in North Sulawesi, Indonesia. Dr. Mark Erdmann first saw a coelacanth in Indonesia in September 1997, while on his honeymoon at Seabreeze Resort with his wife, Arnaz. Arriving at Manado fish market, Arnaz noticed a large strange-looking fish being wheeled by in a cart. Dr. Erdmann immediately recognized the fish as a coelacanth and excitedly photographed it and briefly interviewed the fisherman. Doubting that they could really have stumbled upon such a major discovery, they concluded that coelacanths must have been found in Indonesia previously. Unfortunately, they did not purchase and preserve the coelacanth. Upon further investigation following their arrival in Berkeley a week later, they found that this was a very important and unexpected discovery.

Coelacanths with no close relations alive and thought to have evolved into roughly its current form around 400 million years ago became referred to as the living fossil.

Dr. Erdmann returned to Sulawesi in November, 1998 in search of another coelacanth. During a 5 month period, he interviewed over 200 fisherman in the coastal villages around North Sulawesi, but found very few fisherman who seemed familiar with the fish. Finally, he interviewed two fishermen who said they occasionally caught the coelacanth, which they called raja laut, translated as, “king of the sea.” After careful monitoring of their catch for several months, Dr. Erdman was rewarded with a second Sulawesi coelacanth caught off Manado Tua Island on July 30, 1998. This coelacanth was barely alive when it was delivered to Dr. Erdmann. After they temporarily revived the animal by towing it behind their boat, they photographed it in shallow water. When the injured fish eventually died, it was frozen and later donated to the Indonesian Institute of Sciences. A French and Indonesian research team named the Sulawesi coelacanth as a new species (Pouyand, L., et al. 1999 “A new species of coelacanth.” Comptes Rendus v322(4):261-267).